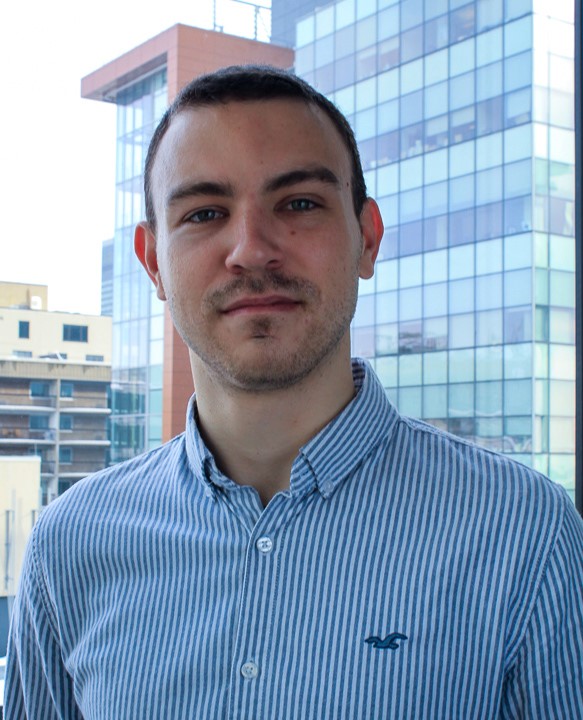 Welcome! I'm a PhD Candidate in Psychology at Concordia University. My research is examine the relationship between musical predictability and pleasure, and how this relationship influences motor learning. I use a range of behavioural and neuroimaging methods including pupillometry and EEG.

Musical predictability influences emotional arousal such that moderately predictable music is preferred over highly predictable or overly complex music, resulting in an inverted U-shaped relationship between liking and predictability. Given that reward value can affect motor learning and that prediction plays a role in motor planning during music performance, it’s possible that predictability and liking interact to influence motor learning. To test this interaction, we developed a paradigm in which non-musicians learn to play melodies that vary in their level of predictability and how much people like them. We then examined learning of these melodies and measured hedonic response to the melodies using pupillometry and subjective ratings of enjoyment . Stimuli consist of 16 isochronous and monophonic melodies that are 13 notes long and played at 120bpm. Melodies were constructed to elicit a range of liking responses (assessed in a previous experiment), and so that the first 9 notes vary in predictability and the last 4 notes are similar in predictability. This ensures that the motor requirements of the 4 notes that participants learn to play are consistent across stimuli. Participants first listen to the stimuli while pupil dilation is recorded and rate how much they like each. Then, in the learning task, participants hear the first nine notes of each melody and play the final four notes. Learning is measured by accuracy and asynchrony of keypresses across trials. Recall and recognition will also be assessed. We expect that high-liked melodies will be performed better than low-liked melodies and predictable melodies will be performed better than unpredictable melodies. In addition, we expect an interaction between these factors such that highly liked melodies will be performed better regardless of predictability. This research highlights the joint influence of perceptual networks and top-down cognition in motor learning.