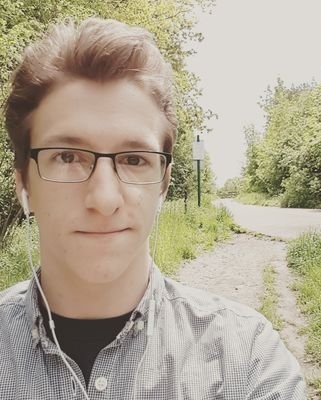 The Influence of Familiarity on Beat Perception and Oscillatory Entrainment

Hello, my name is Josh Hoddinott and I am a PhD student in Dr. Jessica Grahn's lab at Western University. My research focuses on the perception of acoustic rhythms, specifically the arising of a beat - or underlying pulse - in musical rhythm. In my PhD work I have been using EEG and fMRI to examine how our familiarity with music may influence neural measures of beat perception.

The Influence of Familiarity on Beat Perception and Oscillatory Entrainment

Humans often spontaneously synchronize movements to a perceived underlying pulse, or beat, in music. Beat perception may be indexed by the synchronization of neural oscillations to the beat, marked by increases in electrical amplitude at the same frequency as the beat in electroencephalography (EEG) signals (Nozaradan et al., 2012). Neural synchronization to the beat appears stronger for strong-beat than non-beat rhythms (Tal, et al., 2017), and has been hypothesized to underlie the generation of an internal representation of the beat. However, because we are exposed disproportionately to strong-beat rhythms (e.g., in most music) in the daily environment, comparisons of neural responses to strong-beat and non-beat rhythms may be confounded by relative differences in familiarity. Thus, in this study we disentangled beat-related and familiarity-related effects by comparing EEG responses during the perception of strong-beat and non-beat rhythms that were either novel or familiar. First, we recorded EEG to a set of strong-beat and non-beat rhythms. Then, subjects were familiarized with half of the rhythms over 4 behavioral sessions by listening to and tapping along with the stimuli. Finally, EEG to the full set of rhythms (half now familiar, half still unfamiliar) was recorded post-familiarization. Preliminary results show a decrease in EEG power at the beat frequency for familiar strong-beat rhythms, but not for familiar non-beat rhythms. This suggests that oscillatory entrainment to the beat is influenced by stimulus familiarity.