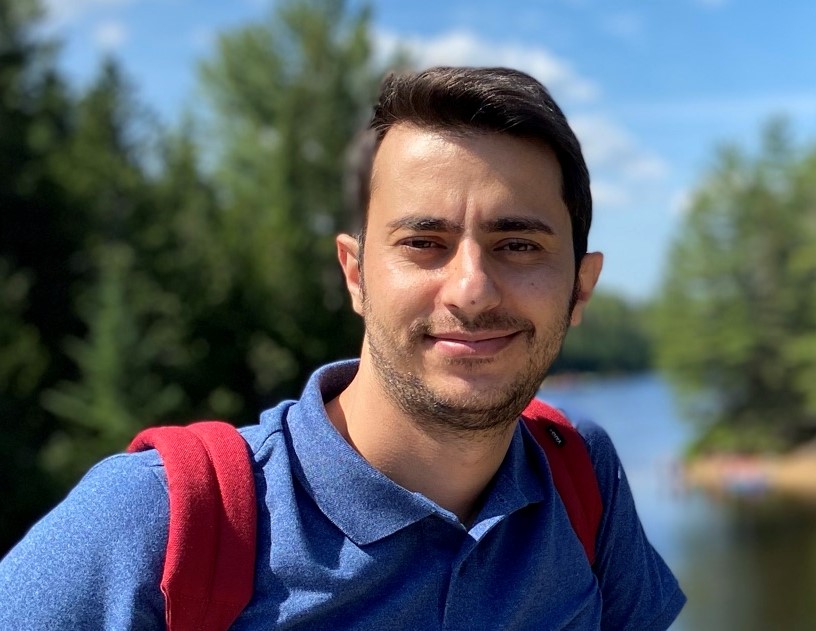 I’m a PhD student in Department of Physiology at McGill University under supervision of Dr Khadra and Dr Chacron. My research involves studying mechanisms of synchronization in pyramidal sensory neurons. Synchronization plays an important role in population coding that gives rise to perception and behavior since it carries information about the natural stimuli. My goal is developing a mathematical model of pyramidal cells that helps us to study the functional role of intrinsic phyiological elements at the single cell level, as well as extracelullar parameters on the burst firing pattern of individual neurons and the induced synchrony through burst across neural populations.

It is now generally agreed that perception and behavior is determined by integrating the activities of large neural populations. As such, it has become necessary to understand how neural populations encode incoming sensory input (i.e., population coding). Such population coding has been greatly complicated by the fact that neural activities are not independent of one another (i.e., are correlated). Here, we used a mathematical model to better understand how electrosensory system codes for input information and how intrinsic properties of single neurons influence their activities at the population level. Overall, we discussed about how an intrinsic burst firing mechanism at the single neuron influences population coding via synchrony. This will provide new insight on mechanisms that regulate synchronous burst firing that will help to understand population coding in a mathematical basis.