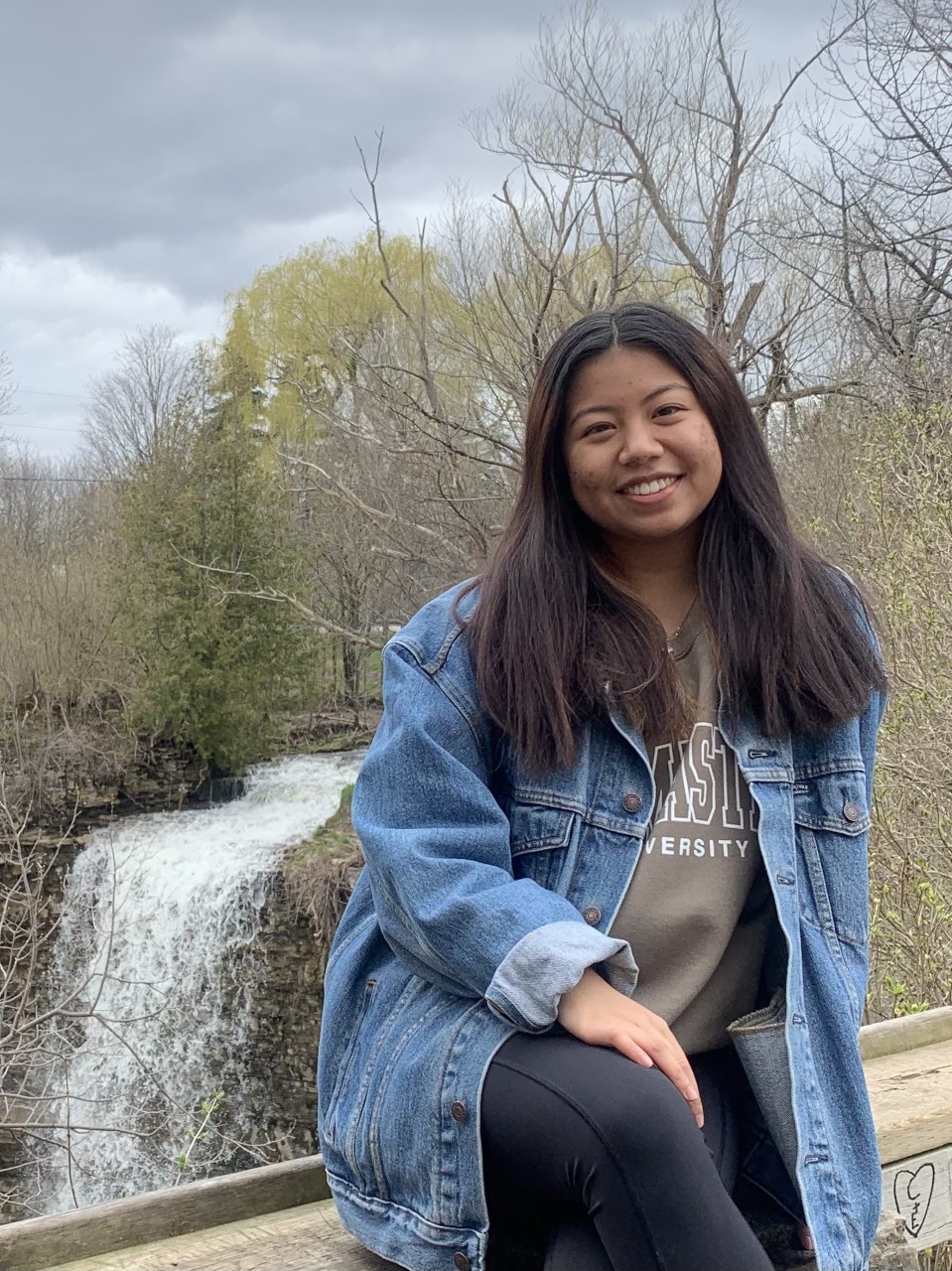 My name is Virtues Dawn Serrano and I am going into my fourth year of the Bachelor of Health Sciences Honours program at McMaster University. I have been involved with the Auditory Development Lab at McMaster since September 2021, where I investigated how timing perception in infants is affected by pitch (i.e. low- versus high-toned stimuli) under the supervision of Dr. Laurel Trainor. This summer, the goal of my project is to investigate whether infant top-down meter processing is generalizable across multiple tempos, as measured through electroencephalography.

To view my presentation, please click on the 'Presentation' button below my picture.

You can drop by my presentation at the 4:15-5pm poster session to learn more about my project. I look forward to seeing you there!

Various electroencephalography (EEG) measures have been used to investigate infant top-down processing during rhythm and language perception. Particularly, Flaten et al. (2022) showed evidence that 6- to 7-month-old infants can engage top-down processes when encoding an ambiguous 6-beat rhythm, as they showed larger mismatch responses (MMR) to pitch deviants on metrically strong, compared to weak beat positions, according to whether they were primed to hear the rhythm in groups of 2 (duple meter) or groups of 3 (triple meter). However, one limitation of the study was that the same tempo (300 ms inter-beat interval [IBI]) was used for both priming and ambiguous trials, so it remains unknown how flexible this top-down process is for new, unheard rhythms. In another study, Choi et al. (2020) used intertrial phase coherence (ITPC) to demonstrate infant top-down speech perception. After exposure to trisyllabic pseudo words, infants’ ITPC at the frequency of word-like units increased logarithmically over time relative to their ITPC at the frequency of isolated syllables.

The present EEG study aims to investigate whether infants demonstrate top-down meter processing that is generalizable across different tempos, as measured by MMR to pitch deviants on strong and weak beat positions, and ITPC for primed and unprimed metrical frequencies of the auditory rhythm. We presented 6-month-old infants (N=3) with a repeating, ambiguous 6-beat isochronous rhythm, while intermittently priming them to hear either duple or triple meter using loudness accents on every second beat or every third beat, respectively. To investigate whether infants’ brains generalize meter across different rhythms and tempos, the priming trials had varying tempos (231 ms, 278 ms, 400 ms, and 480 ms IBIs) that differed from the tempo used for the test (ambiguous) trials (333 ms IBI). To elicit MMR, pitch deviants were presented on either beat 4 (strong beat for triple meter) or beat 5 (strong beat for duple meter) in 25% of test trials. To investigate how infants’ brains tracked the beat and metrical frequencies in the stimulus, we compared ITPC at the beat (3 Hz), duple (1.5 Hz), and triple (1 Hz) metrical frequencies. Though we are still in the early stages of data collection, we expect that, as in Flaten et al. (2022), MMR will be stronger for the strong beat as opposed to the weak beat for both duple and triple priming groups, indicative of an ability to impose a metrical structure onto new rhythms of different tempos. Also, we expect that ITPC will be higher for the frequency of the primed meter as opposed to the unprimed meter. These preliminary findings will give way for more robust evidence about the nature of infant top-down meter perception, holding broad implications for early auditory development, language acquisition, and social development.