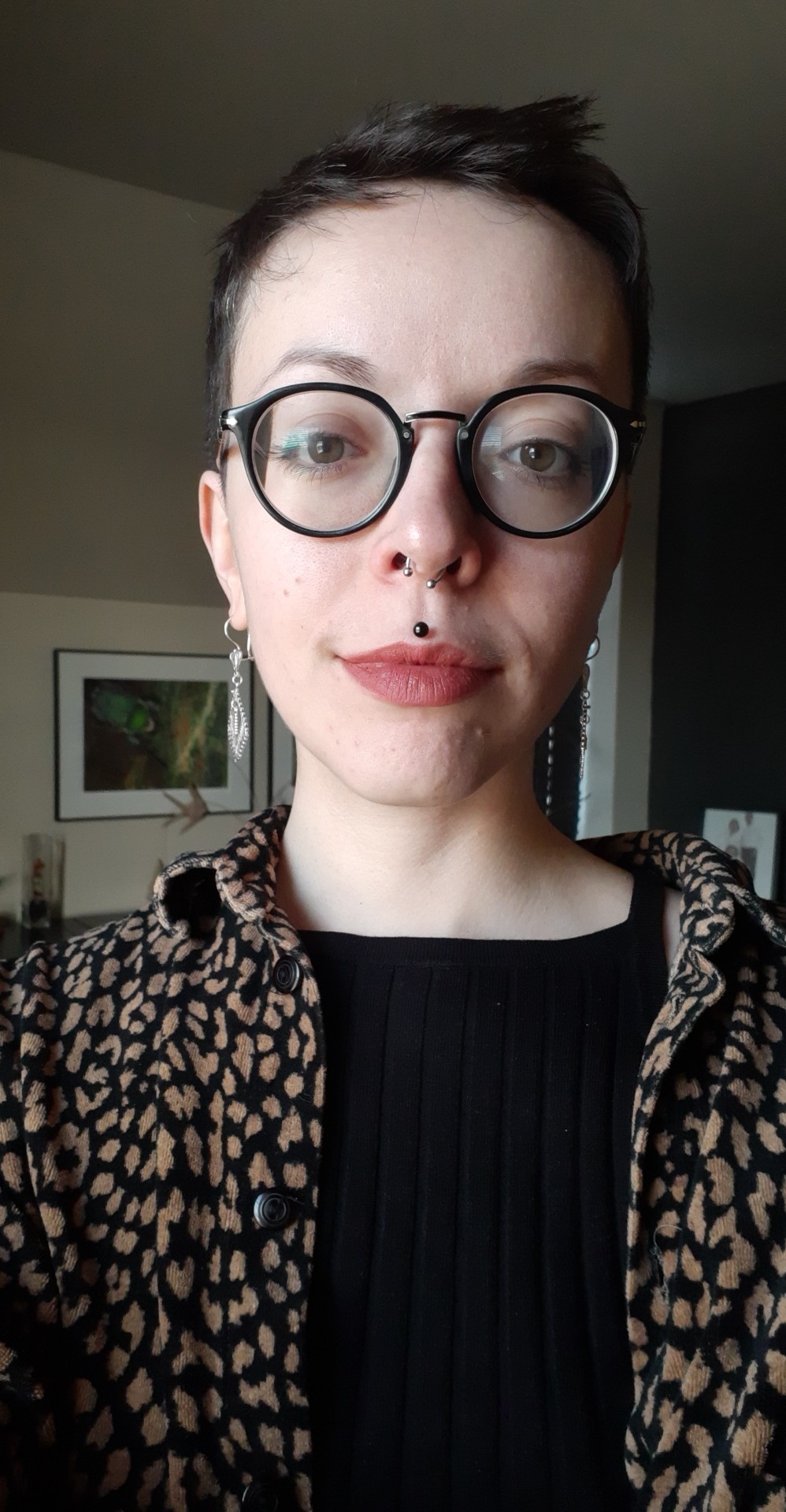 Iterated Learning in Bilingual Populations: The Impact of Prior Linguistic Knowledge on Cultural Transmission of a Novel Language

I am a Ph.D. candidate in the Language and Multilingualism Lab at McGill University. I am interested in how individuals shape language over time, and how linguistic knowledge evolves within an individual over time. The project I will be presenting looks at the impact of bilingualism on language evolution. Past research has shown that language evolution may be simulated experimentally through the iterated learning paradigm. However, although prior linguistic knowledge has been shown to impact language learning, its impact on language evolution is presently unclear. In this project, we used a combination linear and nonlinear methods to model the evolution of an artificial language over generations of English-French bilingual participants. Overall, we found that bilingual participants produced languages that were more structured than what has been evidenced in monolinguals participants in past studies. We also found that the similarity of the artificial language with the second language (French) was associated with a nonlinear increase in linguistic structure.

If you would like to chat more about this project, please join me on Zoom on August 9th between 3:30 and 5pm (EDT). If you cannot make it, feel free to email me at pauline.palma@mail.mcgill.ca!

Iterated Learning in Bilingual Populations: The Impact of Prior Linguistic Knowledge on Cultural Transmission of a Novel Language

One of the defining properties of human languages is structure, which may be defined as systematic form-meaning mappings. For instance, the suffix –(e)s in English systematically indicates plurality. The usage-based perspective proposes that structure comes from the amplification of individual cognitive biases through a process of cultural transmission (Kirby et al., 2014). Cultural transmission refers to the process through which cultural elements, such as a set of beliefs or a language, are passed onto individuals and groups. Cultural transmission may be studied experimentally using the iterated learning paradigm, in which a first participant is exposed to an artificial language that they need to reproduce. Crucially, the output of that first participant becomes the input of a second participant, and this process is repeated for multiple generations of participants inside a diffusion chain (Kirby, 2008). Eventually, this process leads to the emergence of systematic form-meaning mappings (Raviv & Arnon, 2019). However, it has been argued that different individuals may bring different biases to the cultural transmission process, which in turn shapes the language outcome (Roberts, 2014). In the present study, our aim was to investigate how knowledge of two languages may affect the cultural transmission process. We recruited English-French bilingual individuals (n = 60) and created two artificial word sets. One set was more similar to French, phonologically and orthographically (e.g., kâtur), the other more similar to English (e.g., palpo). For the first participant of each diffusion chain, these words were randomly paired with unfamiliar object pictures. Crucially, the output of that participant became the input of the next participant, a process that was repeated over 10 generations. Preliminary results suggest that both lexicons became increasingly structured, in that mappings between words and pictures became more systematic, and that the increase in structure over time was nonlinear. Interestingly, the French-like lexicon was also more structured than the English-like lexicon overall.